How is The Aussie Defence Industry Tracking with Gender Diversity?

Gender diversity is always topical, and in a typically male-dominated industry such as defence it is particularly interesting.

To find out how the industry is faring we took a deep dive into the Workplace Gender Equality Agency (WGEA)’s most recent report (2017-2018), looking at the public reports from the companies featured in ADM’s Top 20 Defence Contractors to benchmark how defence industry performs against other industries in Australia.

Diversity starts at the top, and the 2017-2018 data shows there are now three female CEO’s at the helm of ADM top 20 contractors, which is a first for the list.

Although defence industry organisations are well behind most other industries in their proportion of females in leadership roles, this year’s analysis shows the industry is heading in the right direction.

In-line with a previous increase in women CEOs from 0% to 10% from 2015-2017, the industry average has increased again to 13.64%, moving even closer to the national industry average of 17.1%. All except one of the other levels of leadership have also increased since 2016-2017. This is a welcome change from previous periods, which saw many of these levels decrease into 2016-17.

Table 1: The proportion of female employees in each level of leadership in both the total National Industry and Defence Industry for both 2016-17 and 2017-18. 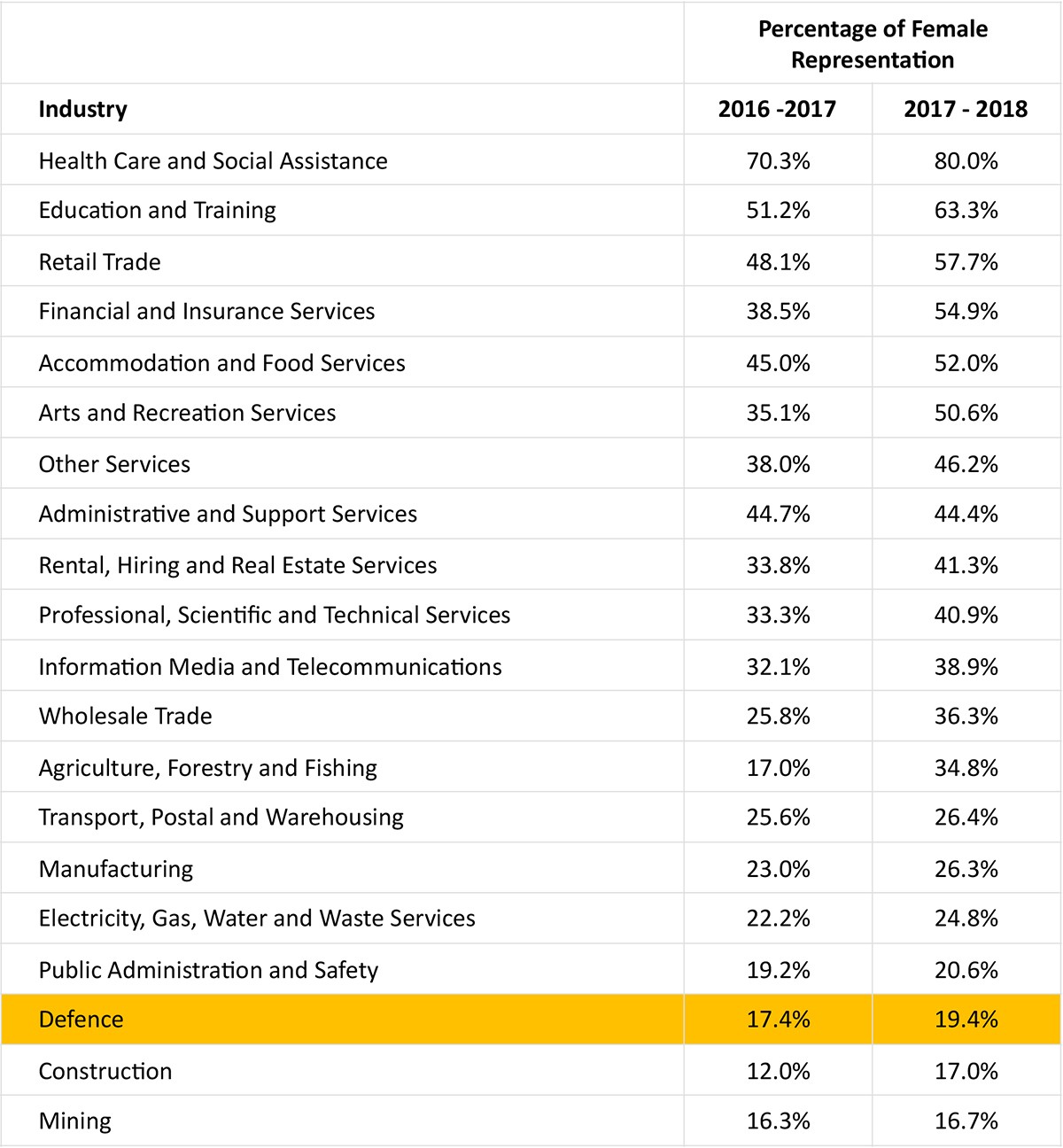 Table 2: The proportion of female employees in each industry in both 2016-17 and 2017-18, with each, ranked from the highest proportion of women to the lowest.

To help inform hiring trends in the industry, for this edition we explored the proportion of females appointed or promoted to managerial and non-managerial roles in the reporting period of 2017-2018 as reported by the Top 20 ADM Contractors. Only 22.1% of appointments and 24.7% of promotions to management roles were made to women. The proportion of appointments and promotions to non-managerial roles was slightly higher, at 31.8% and 38.1% respectively. These rates are still well below 50% despite all but one of the 20 organisations having current policies or strategies concerning gender equality in recruitment.

Figure 2: The proportion of females appointed or promoted to managerial and non-managerial roles in the reporting period of 2017-18 as reported by the Top 20 ADM contractors.

Photo by CoWomen on Unsplash