How is Defence Industry Feeling about COVID-19?

As a part of our annual Salary Survey we asked respondents how the COVID-19 crisis has affected them. We had over 800 responses, which we have summarised below, with a couple of notable observations.

Figure 1 depicts the respondent’s perception of job security due to COVID 19. Overall, 70% of the workforce indicated they felt no change in their job security, with 21% reporting their job now felt less secure.

Figure 2 depicts a breakdown of the same question by job field. People working in an ICT role reported feeling the most insecure about their job.

Changes in working arrangements for the respondents is shown in Figure 3. These results were consistent across individual states.

Volatility of the Job Market

The respondents were also asked, “Do you think the effects of COVID-19 makes it more or less risky to start a new job within the next six months?”. Respondents had to scale a number between 1-100, with 50 being ‘neutral’, and below and above that a relative level of risk change.
76% of the respondents reported the sentiment of starting a new job as somewhat or a great deal riskier than before COVID19.

Finally, we asked respondents “If you were to look for work at this time, how could a prospective future employer make you feel secure taking on a new role?”. Respondents had to select the top three factors that would contribute to a feeling of security.
Assurance of stable and ongoing work was the most important way someone could feel assured to take on work with a new employer, with 78% of all respondents ranking it in their top 3. 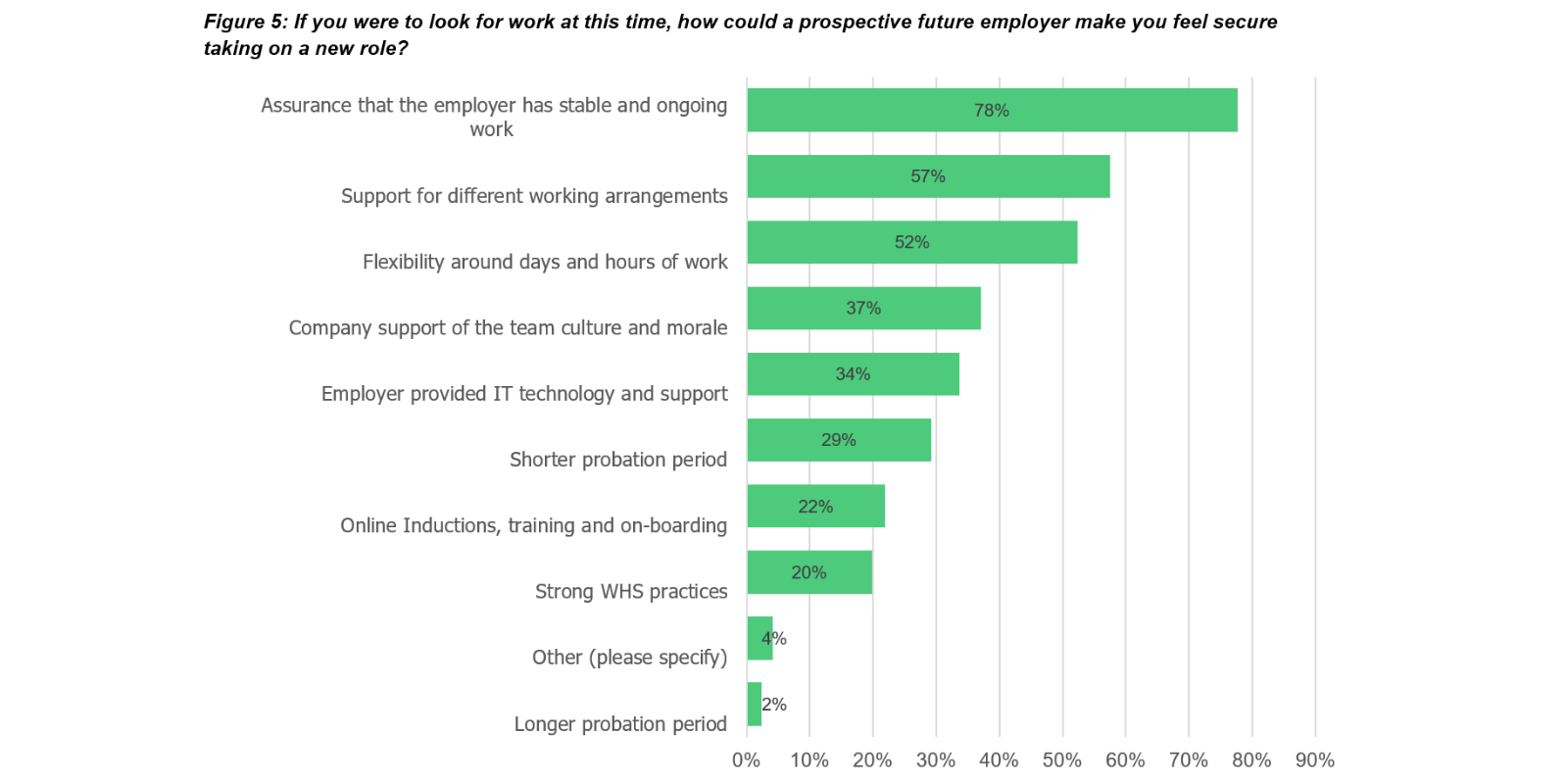 Further Observations
Read more about what else we’re seeing and hearing from our partners in Defence Industry here.
Photo by Adeolu Eletu on Unsplash