A Spotlight on the Mechanical Engineering Talent Pool

Much like a mechanical engineer, we at Kinexus break apart, inspect and help form the workforce in our Australian Defence Sector.

With the amount of Defence projects coming downrange, it’s crucial to understand what the candidate market looks like for you to best prepare your hiring strategy.

Today we dissect the Mechanical Engineer workforce, using LinkedIn and ABS data to explore who is making the gears tun and where.

There are approximately 8,000 people who identify as currently working as a Mechanical Engineer on LinkedIn in Australia. So where are they all? The below graph dissects the workforce by state. 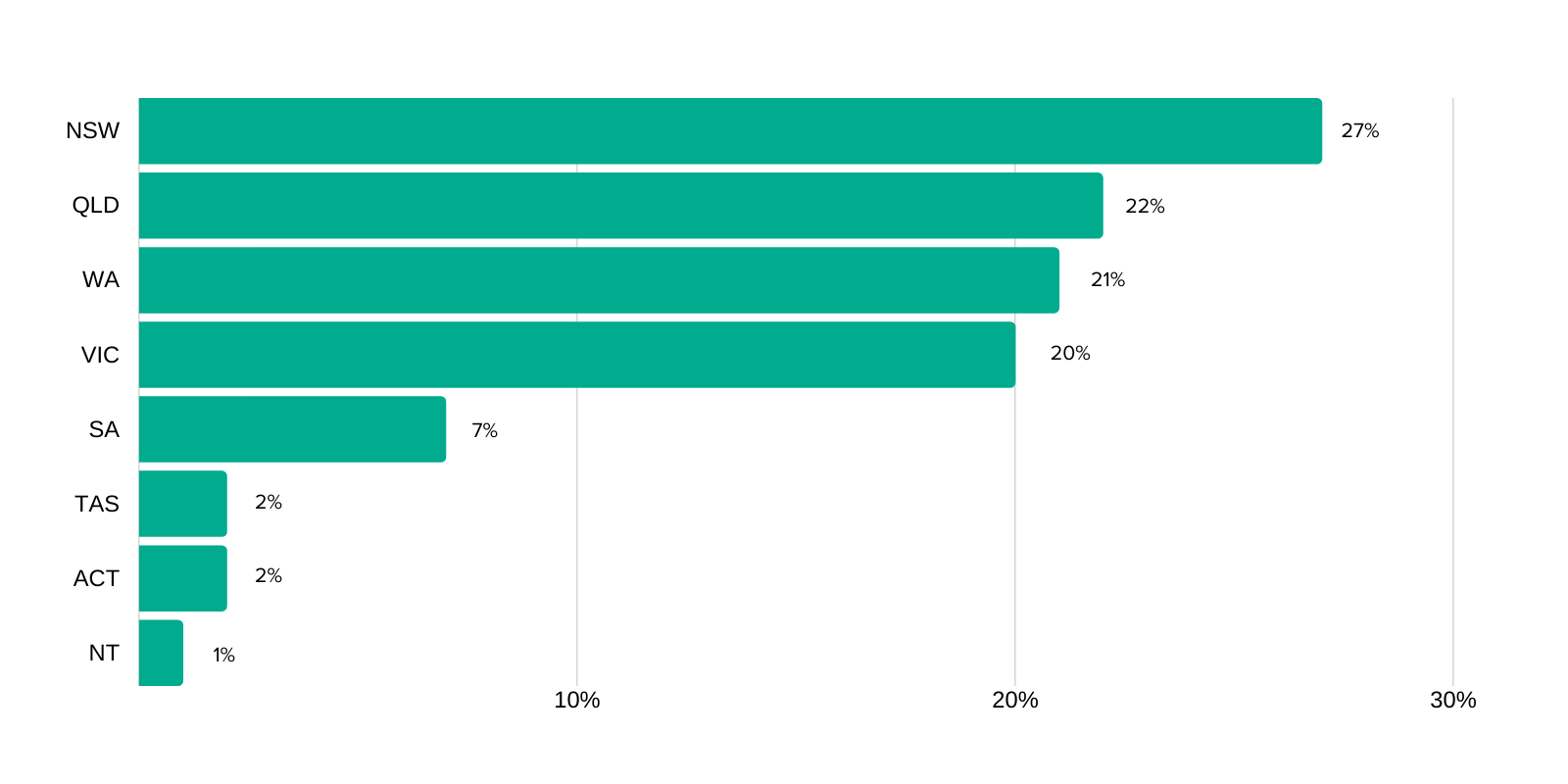 As you can see, NSW has the highest proportion of mechanical engineers and some other interesting figures for the state include:

Nationally there are some slightly different trends:

11% of the workforce is female with each state having a female percentage of around 10% -13%, except for the ACT, where 19% of their mechanical engineers are female.

Across Australia, the Mining and Oil and Energy industries have experienced an approximate 5% increase over the past 12 months of mechanical engineers working in the industry.

The Transport industry has experienced a 13% increase, as has the Aviation and Environmental Services industry.

Nearly half of the mechanical engineers in Australia have more than ten years’ experience, as shown in the graph below. Regional NSW, such as the Hunter region, display a higher percentage of experienced engineers, and a lower portion of young graduates. What does this mean for Defence Industry?

All of the top industries could be considered highly relevant, or adjacent, to Defence Industry – suggesting a viable talent pool for Defence. The limited market does suggest there is a need to look sideways to find the people you need. Furthermore, approximately 10% have worked on a Defence project or in the ADF previously.

With mechanical engineering being in such demand for the defence sector, it’s interesting to see that the talent pool will likely need to be sourced from adjacent industries and exactly what those industries will need to be.

For more information or to enquire into our workforce mapping services, get in touch with Rob Kremer.

Australian Bureau of Statistics. (2016 a). 2016 Census of Population and Housing – Employment, Income and Education

Photo by ThisisEngineering RAEng on Unsplash